where did you get that scale?

if you know me, i am a big fan of the centigrade scale for measuring temperatures.  (it’s 8°C outside as i write this up.)  it is easy to explain what celsius represents: 0°C is water’s freezing point at sea level and 100°C is water’s boiling point at sea level.  one hundred points between these two standard occurrences.  it’s easy and makes sense.

this is where fahrenheit came up with his scale:  fahrenheit put a mercury thermometer in a mixture of water, ice, and ammonium chloride.  when the mercury stabilized at a point, he marked it as zero.  he put the same thermometer in water just as ice was forming and presto, 32 on his scale.  the third point was putting the thermometer into the mouth or under the arm of a human to register 96 as the body’s temp.  as you an see, fahrenheit used two different sources for coming up with his scale instead a single baseline.

and the plot thickens.  later on, scientists noted that water boils at about 180°F and decided to make it exactly 180°F, so they adjusted the units to make that happen.  that’s why normal body temp is considered to be 98.6°F.  additionally, fahrenheit based his scale on that of one ole rømer. rømer’s scale shows brine freezing at 0 degrees and water boiling at 60 degrees.  (water freezes at 7.5 degrees on that scale.)  fahrenheit took that work as a starting point and increased the units to elminate fractions, which ended up back in the scale as the beginning of this paragraph notes.

today, the united states and a few other countries such as belize use the fahrenheit scale, and not every part of the united states.  primarily weather forecasters and non-scientific are those left who still put an F after their temperature numbers.

i don’t know about you, but celsius just makes logical sense to me.

information about fahrenheit and celsius came from wikipedia.com.
By mock - February 28, 2009

my parents know me very well.  what better way to say “i love you” than with bacon?

why i will never switch to verizon

these are the people who charge you for phone service.  be afraid.

yay!  we got some snow yesterday.  i realized this morning that if i didn’t take any pictures of it, i’d regret not capturing the one moment we ended up with the white stuff (not the white stuff in the middle of an oreo). 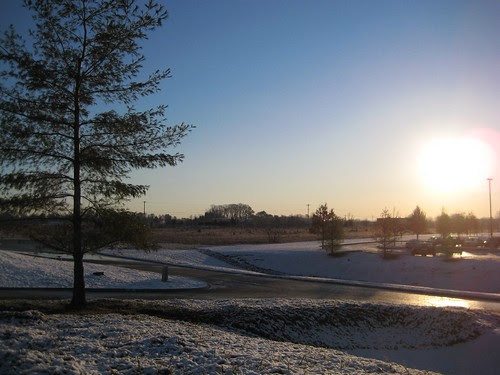 a friend of mine took a few more pictures of the snow.  check out her shots at flickr.
By mock - February 03, 2009