lenovo has had a history of screwing with keyboard layouts on their products. from thinkpads back as far as the T40 series, they have moved and shuffled keys around for the sake of the rest of their machines’ designs.

i recall glenn making a comment about his thinkpad because the escape key was placed above the F1 key. for a programmer running linux (and using vi), pressing the escape key is a regular occurrence. it’s maddening to get the help screen every time you reach up to exit insert mode!

there have been several lenovo laptops i’ve skipped over because the keyboard layout is non-standard.

and here is another example of this case: the new lenovo yoga 3. first, let’s look at a keyboard from the yoga 2, which follows a standard layout: 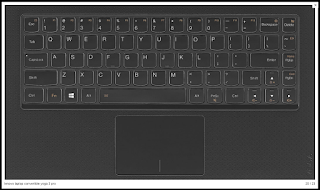 see how the row of function keys are above the number keys and the tildé/accent key is above the tab key? that’s important. now, look at what they’ve done to their latest laptop keyboard: 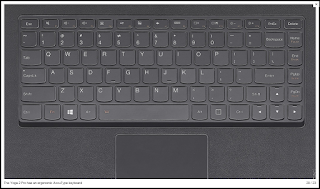 they have moved the tildé/accent key to the other side of the keyboard! they eliminated the whole function key row. i can already predict how my keyboarding experience would be on this laptop!

but perhaps i’m not seeing this as lenovo sees it. perhaps they don’t intend to market it to programmers or people who use that key in that spot often. given that they completely removed the function key row, non-techies seem to be more the audience for this device.

and it won’t matter anyway. lenovo will have yet another and different keyboard design next laptop line they introduce.